Mini drones have really come a long way. While a few years ago they were made just for kids, today, the story has changed. Even adults love these toys, especially a good-looking one such as the EACHINE E61H.

The blue and black color combination for this macro drone is just so stylish. But that is not everything that there is to it. You should see the price, which is well below $40! Now, everyone can afford that. If you have been looking for the best drone that you can gift your kids or a friend’s kid, the EACHINE E61H is your deal.

Whether you are looking for a drone that can fly well indoors or outdoors in calm conditions, buy this one and see how much joy your will derive from it. In the upcoming sections of this EACHINE E61H review, you will see its technical features as well as its pros and cons. That way, you can decide what to buy without fear. 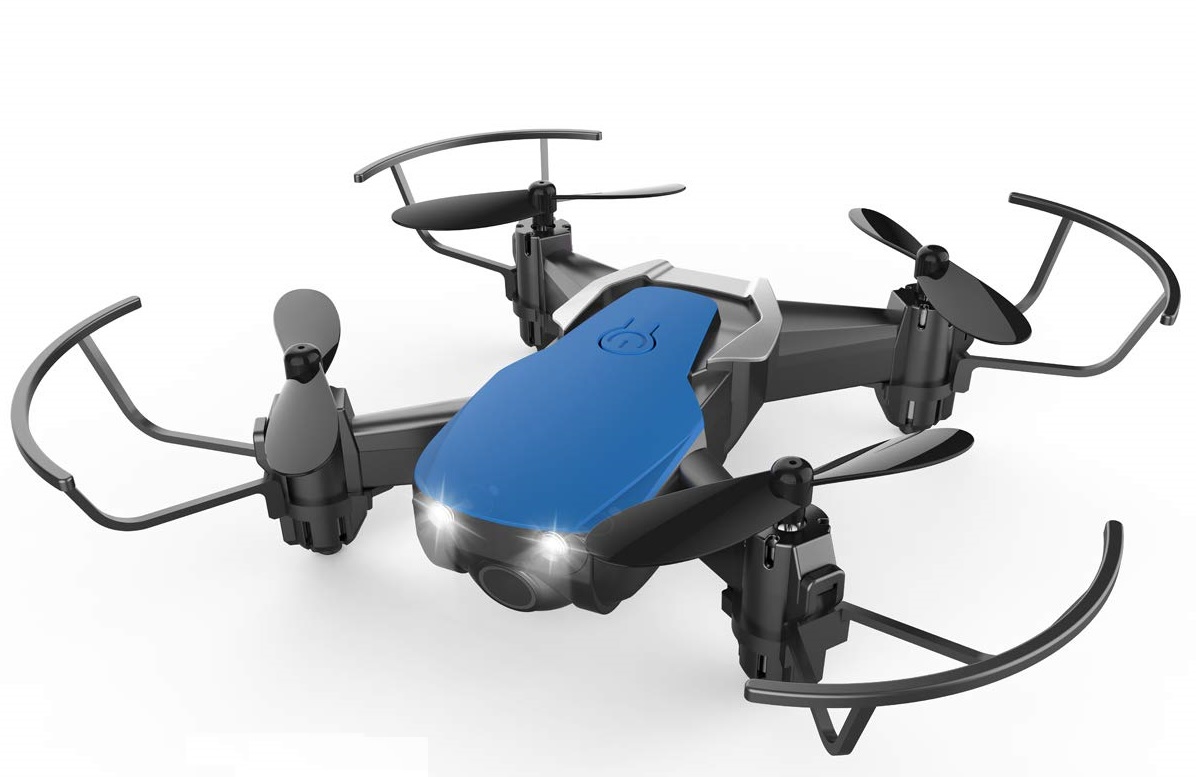 Although this is a small drone, it has many good things going for it. Your kids should fall in love with it.

This is a small drone. First, it weighs a mere 31 g. That is as light as they come. You need not register this nano drone with the FAA. It measures 4.3 inches by 4.3 inches by 1.2 inches. That is quite small. However, size notwithstanding, this is a good drone, and it packs quite a good number of features that will give your kids a blast while using them.

We all know that a kids’ drone should be simple to use. There should be a minimal learning curve and that is what the EACHINE E61H brings the young users. You just need to press the one key landing or take off button for the drone on the controller and the drone will start landing or switch on for take off.

The drone has already been factory-calibrated such that it hovers automatically at 1.5 meters. Thus, it becomes easy for kids to control the drone and keep it at the same altitude all through the flight.

Why is headless mode so important? Since many small drones look just about the same from all directions, you may find it hard to know where the nose of the drone is.

It is always a bit hard for the inexperienced people to know where the head of the drone is. Thus, when the drone is landed, you just need to press the headless mode button and the drone will rise up irrespective of where the nose is facing.

As soon as you press the headless mode button, the drone computer is going to align the drone to the controller such that both face the same direction.

The EACHINE E61H uses a 250mAh 3.7V lithium-polymer battery. With a flight time of about 8 minutes, that is almost enough to have some incredible fun. But the best news is that this drone is sold with two batteries. Thus, you will have a flight time of about 15 minutes. The charging time for one battery is 45 minutes, so you can see that there is just a short waiting time before you can fly the drone again.

The controller uses regular AAA batteries, 3 of them. You will have to buy these separately, but they are easy to get. The controller range is 100 meters.

To make this drone quite fancy and appealing to the youngsters, this drone has been equipped with LED lights in the front. These lights make it nice for night flights and at the same time, they also guide the pilot when flying the drone at night. Even if you fly it to the maximum distance, you will still see the drone from afar, thanks to the lights.

The drone has good speed control. By default, this drone is set on low speed but you may press the speed button once, twice or even thrice to increase the speed. Besides, the drone can also fly at high speed.

When the battery starts getting low, the controller beeps. That is your signal to turn the drone back and bring it home. In addition to the beep alert on the controller, the drone has an indicator on the front side, which is going to blink ceaselessly. If you see it, just know the battery is low and punch the automatic return home button.

My 9-year old son has been having a great time with this drone. Even though I was skeptical at first about buying a 9-year old a drone, I have realized that this little beauty meets the drone needs of a child. Mel J.

When I bought this drone, I was specifically ordering it for my daughter for her 11th birthday. The way it seems now, it is as if I fly it more often than she does. We love it to bits. Rachael W.

I bought this drone because of the low price and actually, I did not think that it would do all they said it could. However, I can now say I have been pleasantly surprised. I can say the price I paid is money well spent. Ted W.

I think the bonus battery is a good move. The batteries also take a short time to charge – 45 minutes. Beatty M.

The EACHINE E61H is good for children because of its small size, safety features such as auto return button and the propeller guards so that when it crashes, they will not break. Nelson P. 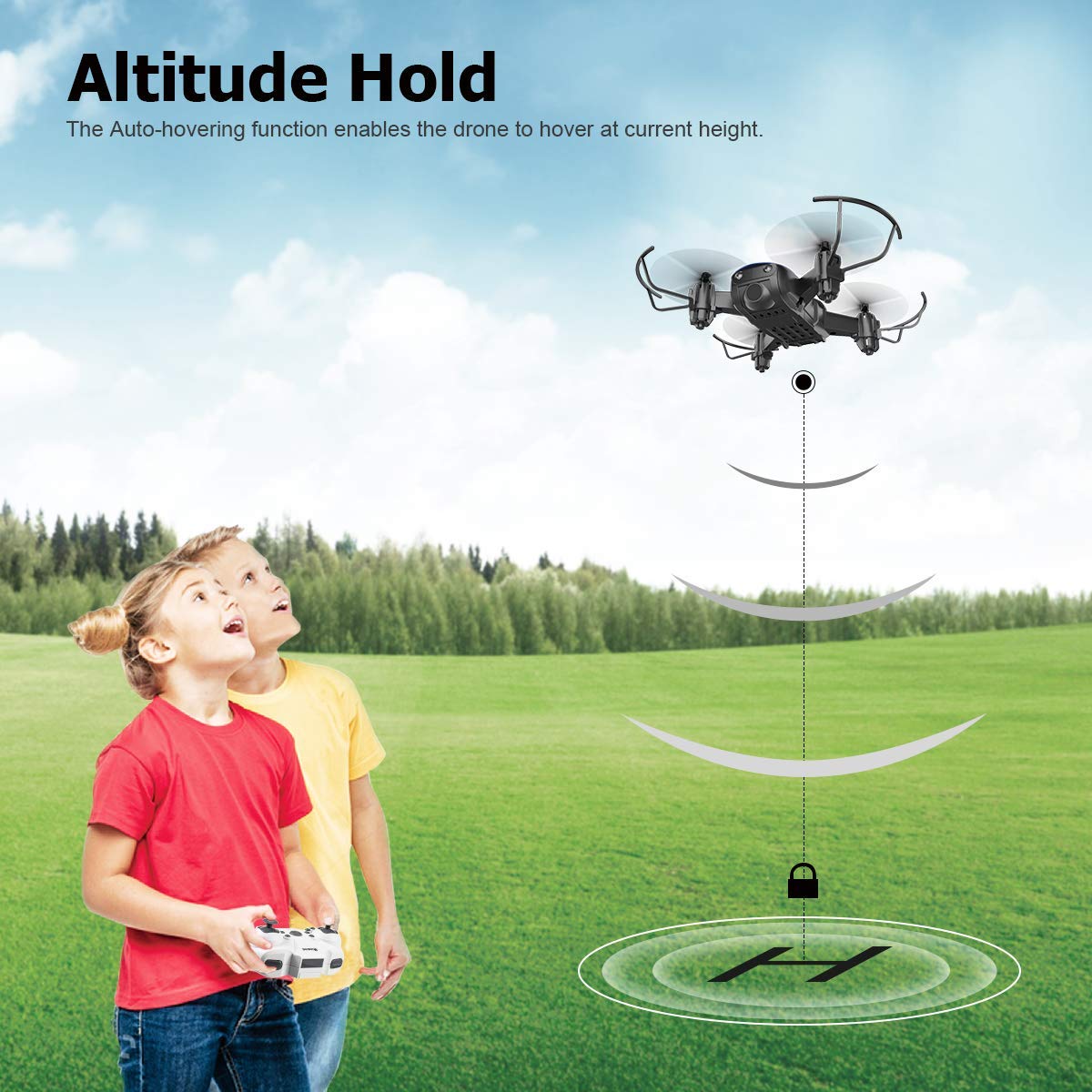 Who Should Buy The EACHINE E61H?

If you are a fan of the macro drone, you should buy this drone. As you have seen in this EACHINE E61H review, this drone has some pretty nice features. Despite being too tiny, it is a good drone and it offers a lot of fun. Besides, with different speed settings, it is not only good for children, but for adult beginners as well. Small as it is, it also has some safety features like the low battery alarm, one button landing and take off and the propeller guards also offer some protection in case it crashes. Apart from those, this is a basic drone for practice.

After buying the E61H, what next? Before you can take it out and fly it, look at the user manual. It will help you familiarize yourself with the drone. At the same time, you are advised to never fly it outside in windy conditions because it is easy for it to be blown away even by low mileage winds. You are advised to fly the drone indoors where you can keep track of it all the time. Handle the drone with care. As you have seen in this EACHINE E61H review, this is a tiny drone, smaller than most nano drones that you have been used to. 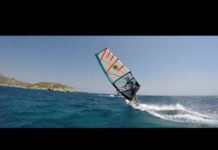 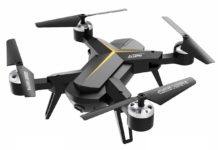 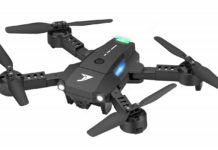