In January 2021, Sony CEO Kenichiro Yoshida introduced what he called an “Integration of AI and Robotics” drone. Of course, after Sony’s press release in November 2020 regarding their upcoming UAV, enthusiasts and creators are eagerly waiting to see this drone’s specs and performance.

The launch of this drone was very spectacular too, especially because it was done through a demo video. Sony filmed the drone flying over a snowy landscape. In addition, the drone was keeping pace with a Vision S, a Sony concept car introduced in the 2020 CES, on a racetrack. In addition, it was attached with a Sony A7S III, which is one of the top Sony cameras in the A series.

What We Can Tell About Airpeak Features

Some of the things that you can tell from the demo video include the huge wingspan. Because of the huge payload that is this camera, Sony is saying that this drone is the smallest one that is equipped to carry the Alpha series cameras.

While this is the first time for Sony to try their hand in drones, they have been making excellent cameras for a long time. In fact, they have been so good at this that even DJI, which is one of the leading brand names in the drone industry, makes mounting gear for Sony cameras.

While Sony has released scanty details about the features of this drone, some of the things that we know include the retracting landing gear. When the drone takes off, the gear retracts upwards. This is smart indeed, because the landing gear stays out of the way so that it does not tamper with the footage.
However, the company has not released dimension details of the AirPeak. The CEO said that this is the smallest drone in the industry that they are going to equip with the Sony Alpha System Camera.

More About Release Date and Price

The eagerly awaited launch is slated for the spring of 2021. The targeted users of this video camera drone are professional photographers and videographers.
While Sony CEO made this announcement in the Consumer Electronics Show, which took place on 11 to 14 January 2021.

While the show ended without Sony revealing more details about the features of this drone, it is expected that there will be more information coming out in March or April. Therefore, we expect that they will reveal the price details then.

While this drone is targeted at professional content creators, many might be wondering whether there will be one for amateur users. All we can deduce at this moment is that there “will” be because Sony refers to Airpeak as a project rather than as a standalone product. Therefore, we might conclude that there will be more drones along this line. 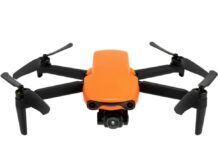 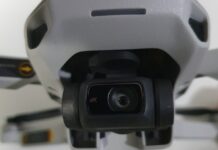 What are Drone Camera Gimbals and How Do They Work? 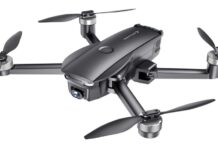