Having come to the US market in August 2021, the DJI Mini SE is the newest addition to the collection of small hobby drones in the DJI stable.

It is also the cheapest! However, if the hubbub in the market is anything to go by, there is some controversy surrounding the Mini SE.

Some pundits say that you are better off going for the older DJI Mini 2, which was released in November 2020. They argue that the Mini SE is built on the older 2019 technology that the Mavic Mini ran on. The only thing that seems to be an improvement on the Mavic Mini is the slightly higher wind resistance.

Here, we believe that we should judge every quadcopter on its own merits. Read the whole review to see the features and the flight modes. You can then decide whether it is the real deal for you.

Even before we get to the features, we like to highlight some downsides. Honestly, there aren’t that many, except perhaps that the package does not come with propeller guards, so a crash could send you to the stores to buy new blades.

There have been cases of users complaining about the Mini SE not responding to controller commands. The good thing is that if the signal is lost, it automatically initiates the return-to-home routine.

Away from the shadow of its predecessor the Mini 2, the Mini SE comes with some good features and flight functions. We shall look at them here:

The takeoff weight (includes drone, battery and SD card) is 249G, which is just a gram shy of the recommended registration threshold of 250G. You will not need to register this aircraft with the FAA before you can fly it. Just prepare it and fly it.

When you fold it for storage, the size reduces considerably to 5.4 by 3.2 by 2.3 inches, which is really small and manageable.

The material used to make the hull of this aircraft is lightweight and flexible plastic, most likely ABS. Thus, if it crashes, it will be unlikely to crack open.

You can enjoy longer flight time thanks to the brushless motors (we assume it comes with brushless motors like its predecessors since it is not mentioned anywhere on different online marketplaces).

Also, brushless motors enhance the stability of any aircraft in the wind. They make minimal noise and they do not overheat.

If you need a mini drone for aerial photography, you know that DJI does not disappoint. Even the Mini SE has a really exciting camera with a resolution of 2.7K.

You will also appreciate that the camera rests on incredible support that eliminates all the vibrations and distortions from your footage.

It comes with a 3-axis gimbal. This means that the gimbal retains the required footage orientation when the drone rolls, tilts or pans while it is in flight.

Of course, the Mini SE aircraft supports FPV over a range of 4000 meters, quite long as you can see.

You have to download the DJI Fly app, which is compatible with Android v6.0 and iOS V10.0 or newer operating systems.

To store your footage in high resolution, you need to use the recommended SD card. This drone supports SD card of up to 256GB.

The drone sells with a high quality, modular battery that has a capacity of 2250mAh. When it is fully charged, it is going to give you a flight time of 30 minutes.

You may or may not find the need to buy a second battery. This is a smart LiPo 2S battery with a voltage of 7.7.

High capacity batteries such as this one have a longer charging time and you should only use the charging cable it comes with.

Thus, it would be better to buy a second battery when available so that you can enjoy a longer flight time.

As a smart battery, you will know how much voltage remains while the drone is in flight. There are small LED lights on the remote controller that show you the remaining voltage.

The remote controller is sleeker than that of the predecessor. It supports 2.4GHz and 5GHz connectivity, so it is great for long and short distance flights. The maximum flight distance is 4000 meters.

The remote controller comes with a built-in rechargeable battery of 2600mAh capacity. This is going to last you a few drone batteries.

The controller has a foldable smartphone holder. It can hold devices that have a maximum length of 6.3 inches and maximum thickness of 0.3 inches.

If you have large hands, this controller is perfect for you. It also has minimal weight so you can fly the Mini SE drone through a full 30 minutes of flight without feeling cramped on the wrists.

You will find the face of the remote controller quite simplistic without a clutter of keys for various functions, since they are arranged so neatly.

Hobby drones come with many flight functions to make them easy and fun to fly. The Mini SE comes with the following flight modes:

With the ability to connect to GPS, you will always know where the drone is even when you fly it to the maximum flight distance of 4000 meters. You will be able to see its position on the app so you cannot lose it easily.

This drone also connects to both GPS and GLONASS. GLONASS is a Russian satellite navigation system that is a good replacement when GPS is not available. It is better to have the two of them than just one.

If the battery of the Mini SE runs low or it loses signal connectivity with the remote controller, it turns and comes back home automatically.

Some people complain that theirs did not really come home, but that it just landed where it was. Still, this is better than having a drone fly away for good.

This drone has been equipped with a level 5 wind resistance. It can fly well in wind speeds of up to 38KPH, which is quite commendable. It can also take good footage in the wind.

With this function, you can edit your videos and photos on the app and share them instantly on social media.

This can enhance your social media presence a lot especially when you are having an outdoor adventure.

When using the different QUICKSHOT modes, you will take stunning footage. You can preset motions before you start recording.

These are shooting modes, which include circle, helix, dronie and rocket. DJI transforms aerial shooting from regular to robust on their app.

You will find the key for automatic takeoff on the remote controller. So, there is no need to figure out how to launch the aircraft. Just hit the key and the drone will take off automatically.

A drone that comes with precise hovering means that you can hold it at a certain height without having to control it manually.

The Mini SE can also hold the set altitude when flying, staying at the same height so that you just need to control its horizontal flight. 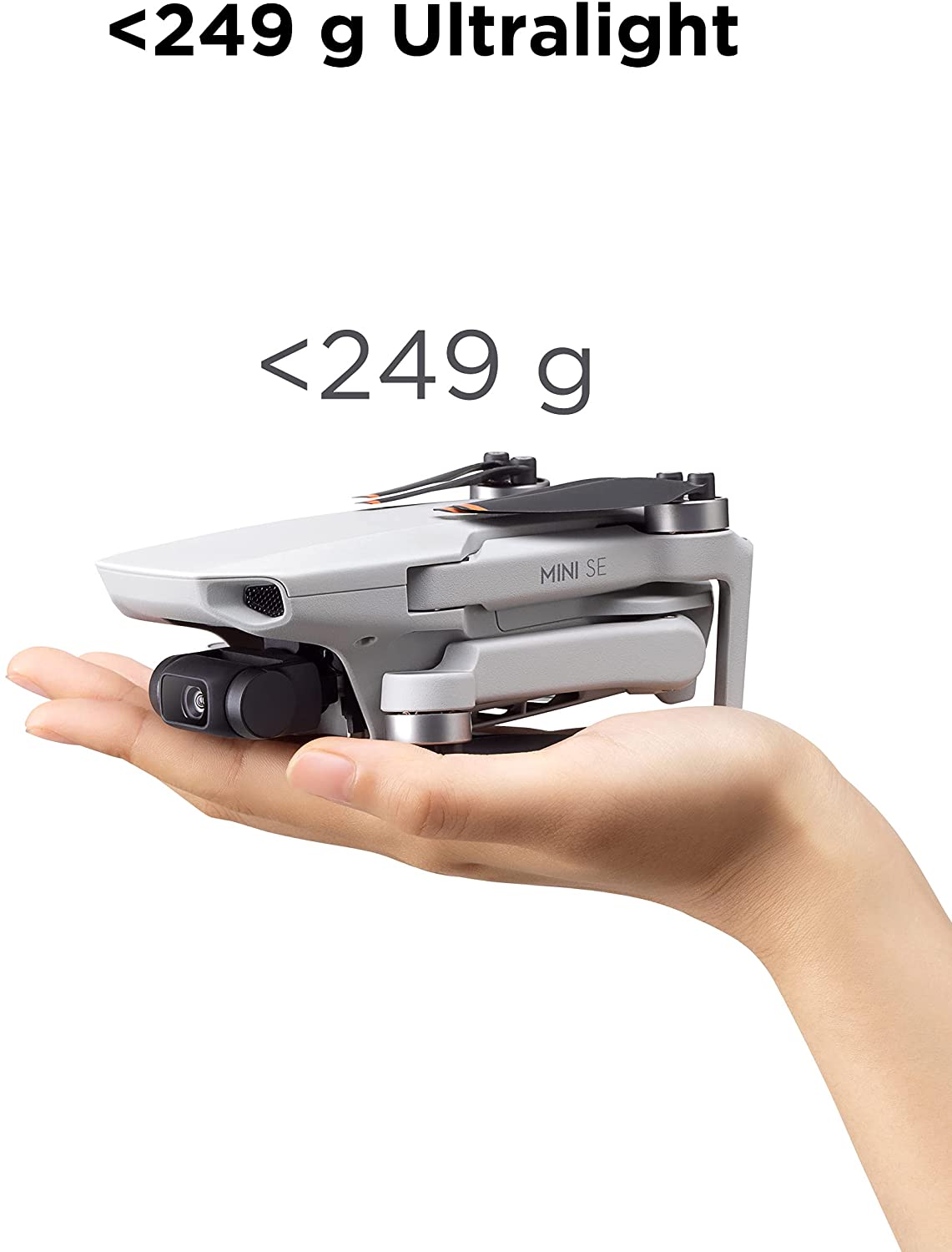 I bought this drone without a second thought because I am that loyal to DJI. Although I have not had an opportunity to fly it long range, it has not disappointed me. John W

I had an incident with my Mini SE because it failed to respond to controller commands. I was so worried but then the automatic Return To Home brought it back. Erik V.

When it is still new, I would advise you to keep its flight within a short range. That way, you can learn how it flies before you take it long range. Aldrin H.

While many people keep comparing the SE to its predecessors, I think it is a great quadcopter in its own right. The flight time is quite good and the performance is excellent. Lawry C.

This drone is not a joke when it comes to hovering. It is so precise that it looks like a statue when hovering. Cathy A.

Who Should Buy The DJI Mini SE Drone?

The DJI Mini SE has a high altitude capability and a long range. However, when you get it, it is best to fly it a bit close because some people have reported connectivity issues with theirs.

Although it has high wind resistance, it is best not to fly it in the wind until you can learn how it handles.

If you have a problem connecting the drone and your smartphone, you might want to scan the QR code on the box so that it can take you to the official DJI website. You can then download their file and then your phone will connect to the drone flawlessly.

As usual, do not fly your drone in public parks, populated places and so on. Find an empty space and most importantly, fly it within sight.

Finally, buy a supported SD card to store your footage. 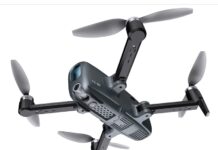 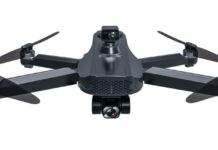 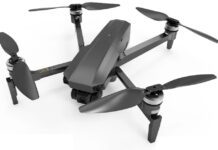